On our 1V-LSD (1 V LSD, 1V LSD) info page in English you will find all important information for the safe, responsible and structured use of 1V-LSD. 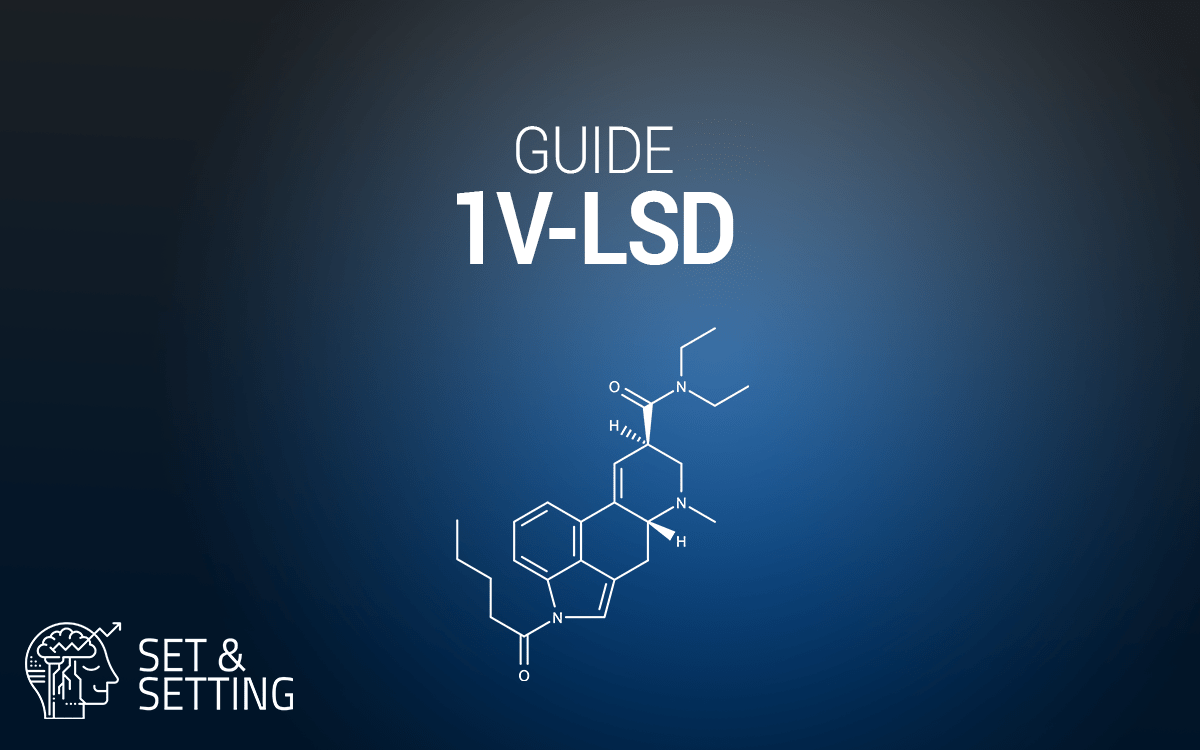 1-Valeroyl-lysergic acid diethylamide hemi-L-tartrate (1V-LSD, 1VLSD, 1-V-LSD), also called „Valerie“, is a putative prodrug to LSD and a modification of lysergic acid, which occurs naturally in ergot. It is believed that by metabolizing in the human body, 1V-LSD is converted to LSD, more on this in the pharmacology chapter.

On July 02, 2021, the research chemical 1cP-LSD was included in the German NpSG (New Psychoactive Substances Act) and the trade is considered officially banned since July 03, 2021. A few hours later 1V-LSD was introduced to the market.

About six hours after 1cP-LSD was banned on July 02, 2021, it was announced by the manufacturer Lizard Labs via a newsletter that 1V-LSD would be the quasi „successor“ to 1cP-LSD.

There it says, among other things:

“Although this is a sad day for German customers, we are pleased to announce that there will be a new lysergamide prodrug to replace 1cP-LSD. We are just in the process of optimising and scaling up the production process and will update in the coming weeks with the compound identity and formal launch.”

In general, the effects of 1V-LSD are reported to be very similar to those of 1cP-LSD and LSD. Initial reports suggest that 1V-LSD is said to have slightly stronger visual effects and has a higher uptake and metabolization rate, which could lead to a shorter duration of effect.

However, there are still very different opinions on this, so we cannot say this with conclusive certainty. Especially in the young phase of a research chemical, it is almost impossible to derive a generally valid spectrum of activity of the substance from a quantitatively small number of qualitative reports. Some time will have to pass here for necessary research.

1V-LSD amplifies what is already inside or outside of you. Therefore, 1V-LSD trips often vary greatly from experience to experience and cannot be predicted.

You should not have expectations about the 1V-LSD experience, because they can never be met. The effects of 1V-LSD are very much dependent on set (your state of mind) and setting (your environment), but also on dosage.

The similarities in chemical structure between 1V-LSD and LSD predict a similar effects profile.

In order to avoid negative effects and risks of 1V-LSD, we recommend that you carefully study the substance. Unconscious use of psychedelic substances usually leads to you being unaware of the risks and developing an unreasonable consumption pattern.

1V-LSD is not expected to be addictive, but can still lead to negative experiences. However, more research needs to be done to be able to say this conclusively.

With 1V-LSD, the choice of dose and precautions such as the set and setting are therefore particularly important. In the following chapter, we would like to fully educate you on choosing the right dose, preparation options and safer use of 1V-LSD.

The duration of a 1V-LSD trip varies depending on the dosage. In general, 1V-LSD is said to have a somewhat shorter effect than LSD.

If you have decided to use 1V-LSD, you should choose a dose that is as safe as possible for you. Without any experience with the classic psychedelics (LSD, psilocybin, mescaline and DMT) we recommend choosing a moderate dose between 75 and 100 micrograms.

If you have already gained some experience with the classic psychedelics, you can start with 100 – 150 micrograms. The intensity of 1V-LSD can overwhelm even experienced psychonauts, so you should not over-support anything here.

Since 1V-LSD has a higher molecular mass than 1cP-LSD, 1P-LSD or LSD, a slightly higher dosage is needed. This is why the substance is most often traded in 150 microgram doses, as opposed to the 100 microgram blotters for 1cP-LSD. 150 micrograms of 1V-LSD is said to be somewhat as intense as 125 micrograms of 1cP-LSD.

Since 1V-LSD has a lower molecular mass than 1cP-LSD, 1P-LSD or LSD, a slightly higher dosage is required. Therefore, the substance is mostly traded in 150 microgram doses, as opposed to the 100 microgram blotters for 1cP-LSD. 150 micrograms of 1V-LSD is said to be somewhat as intense as 125 micrograms of 1cP-LSD.

As mentioned above, the effects of 1V-LSD are highly dependent on the set and setting, in addition to the dose. This is because psychedelic substances are known to amplify what is already inside or outside of us.

Set = What is your mindset and expectations for the upcoming experience?
Setting = In what environment will the experience take place?

Questions to test your set:

Questions to check your setting:

Once the set & setting are secured, another part of the preparation will be to weigh your motivation to use 1V LSD. For once, ask yourself what you want to accomplish with the 1V-LSD trip.

1V-LSD is not a „fire & forget“ drug (like alcohol, amphetamines, or cocaine) that you can throw in to make you feel better!

No, it has the power to show you your life as it really is. And when you see who you are, you can also ask yourself what you’d like to change about it. With the right motivation, 1V-LSD can become a powerful psychological tool that allows you to see and change your mind in ways that were previously hidden from you.

In general, we do not recommend mixing 1V-LSD with other substances. It produces such a strong psychedelic trip that all your senses and capacities are taken up by it. With additional substances you will have to give up capacities and diminish the deep experience of a 1V-LSD trip.

We especially advise against combining it with cannabis, as it is known to induce paranoid anxiety in the user. Furthermore, it is often said that regular cannabis use diminishes the clarity and depth of psychedelic experiences. We therefore recommend that you consume as little to no cannabis as possible in the days before and after the experience.

We currently assume that 1V-LSD, due to its structural similarity to LSD, acts in the brain as a serotonin receptor 5HT2A agonist. Only the metabolite valeric acid is added to the molecule of LSD. Intrinsic efficacy of 1V-LSD also seems possible, even without conversion to LSD itself. There is no evidence yet to confirm this efficacy.

The 5HT2A receptors are mainly found in the prefrontal cortex of our brain, which is involved in our cognitive planning, personality, decision making and social behavior. This part of the brain is also called the „Default Mode Network“ (DMN) because it is turned on when we are not concentrating on anything in particular – the default operating mode of our brain.

Serotonin receptors are thought to be affected by 1V-LSD, which is why their ability to communicate can be significantly altered. This may even lead to personality dissolution as the DMN (also called the resting state network) becomes increasingly irrelevant to brain function. The other brain areas seem to benefit from this fact, as they now have more resources and potential to communicate with each other.

Is 1V-LSD converted to LSD? There is a theory that 1V-LSD acts as a prodrug for LSD. So it is suspected that 1V-LSD is metabolized to LSD in the human body.

This question cannot be answered clearly at the moment. However, there is some circumstantial evidence that suggests an answer. First, there are testimonials on the Internet where consumers that they could not notice any difference with 1V-LSD to LSD.

To date, there has been no recorded death of a human due to the use of LSD, 1cP-LSD, 1P-LSD, or 1V-LSD. Furthermore, there are no known long-term side effects of LSD.

However, we cannot say at this time whether this also applies to the prodrug 1V-LSD, as it is still too unexplored. So far, all evidence points to 1V-LSD not being more dangerous than LSD, but we cannot give a conclusive statement.

The toxicity and long-term health effects of 1V-LSD have not yet been studied. This is because 1V-LSD is a research chemical that has almost no history of human use – it was only launched in July 2021.

However, as with LSD and psychedelics in general, it is likely that 1V-LSD can act as a trigger for psychosis in individuals with mental disorders. Individuals with a history of mental illness are generally advised not to use this substance, especially when outside of a supervised, medical environment.

Is 1V-LSD legal? 1V-LSD is a relatively new substance and has only been on the market for a short time (02 July 2021). However, in many countries, it is not yet subject to the law, but an inclusion seems likely sooner or later.

We will update this page, as soon as countries start to criminalize 1V-LSD.

In general, it must be said that the topic is quite controversial. There is practically no 100% agreement on the legal status of 1V-LSD and a residual risk is always present. However, for consumers, the following often applies: in the worst case, it will only be taken from you (does also depend on the country).

1V-LSD is distributed by the manufacturer Lizard Labs through various online stores. While some of these dealers act according to ethical values, it seems that there are also always dealers who do not act trustworthy.

We can recommend the research chemical distributor Chemical-Collective, with whom we have had a very good experience for over a year. The trader, located in the substance-liberal Netherlands, ships its goods right from the Netherlands. To Germany, the goods are exclusively shpiied from a German address near the border.

Chemical-Collective offers 1V-LSD on 150 microgram blotters. If you use the coupon code „SAS5“ for your order, you will get an additional 5% discount on your order value. 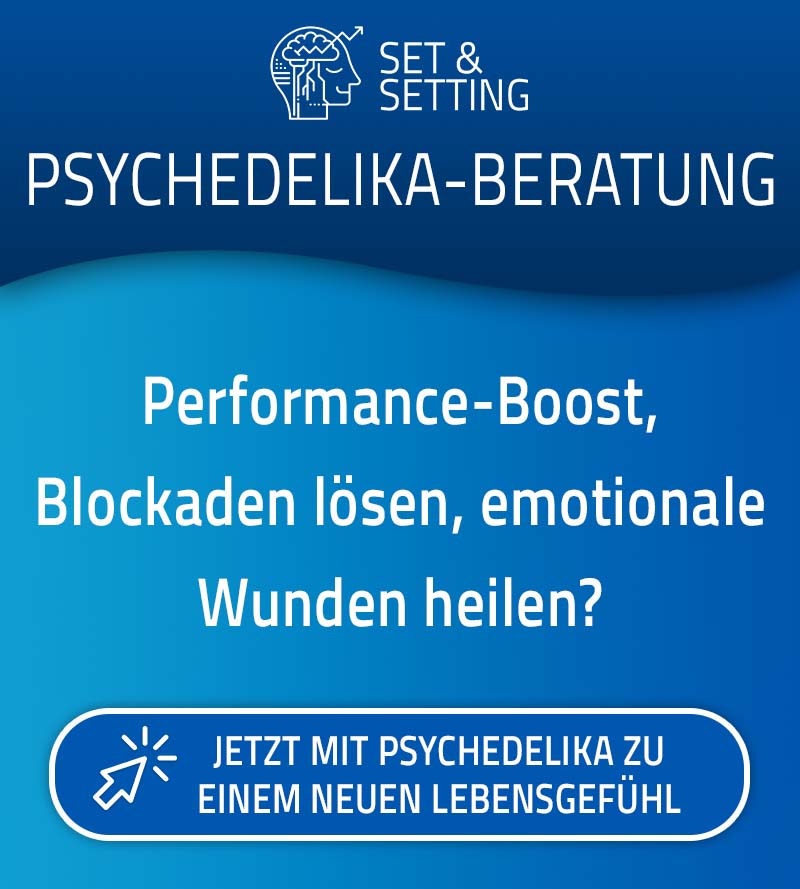